Ornella Makolo was presented with a Park Scholarship given to a graduating Senior. Stacey Weinstein, Communities in Schools Coordinator, explained that Ornella "has overcome obstacles that most adults will never have to face and she has emerged a victor through the journey. Her plight has seen the depths of what homelessness looks like . . . and she has had to provide additional support to her mom as she cares for her brother who lives with severe autism."

Ornella achieved the highest ranking position in the JROTC, and served on Myers Park's DREAM Team. She volunteers her time in reading with elementary students, and generally serves as an exemplary role model.  Ornella will attend Winston Salem State University.

Excerpt from Ornella's Farewell Letter to Myers Park:
...Thank you for giving me a breath of life and a mindset to overcome all challenges. I won't be gone forever. I'll be back to visit because I've gained a family here.
There are many representations of faces here in this school, but at the end of the day, we are one school, one community and one family. Thank you for allowing me to be the first generation to go to college and most importantly, thank you for never giving up on me and believing in me, when I didn't believe in myself.
I can't wait to go out into the world headstrong and constantly evolving into a person who wants to absorb as much knowledge as possible....
I am proud to be a Myers Park Alumna. I am proud to be a Mustang. Once a Mustang, always a Mustang. I'll see you later Myers Park. 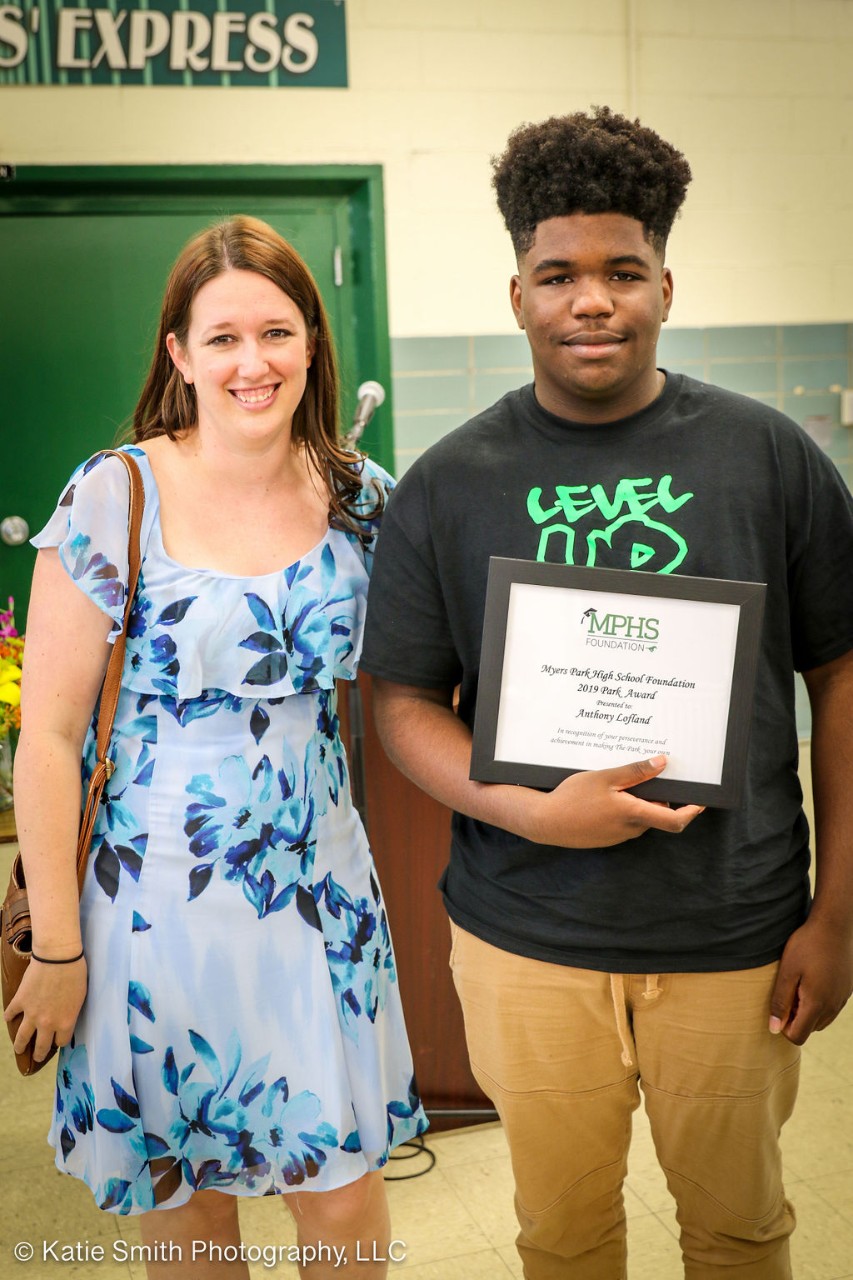 The MPHS Foundation awarded its  2019 Park Scholarships to three outstanding   seniors whose perseverance in the face of   challenges has inspired us all. 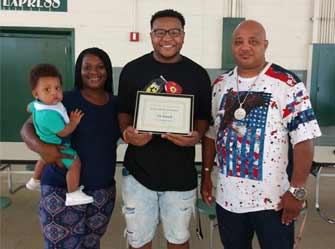 In June 2018, the Foundation presented an award to outstanding Mustangs Matter student Eric Maxwell, pictured here with his family.  When he joined Mustangs Matter, Eric explained that he wanted to develop his leadership skills and he has actively worked toward that goal.  He was instrumental in a carnation sale fundraiser to support Myers Park's Best Buddies Club.  He was a little shy at first as he approached groups of students on campus to promote the effort, but became more comfortable and was key to the fundraiser's success.  Eric has challenged himself academically, enrolling in honors classes for the first time, while also working hard to face several personal challenges.  Eric will be one to watch as he continues his high school career, and serves as a role model for other Mustangs Matter students. 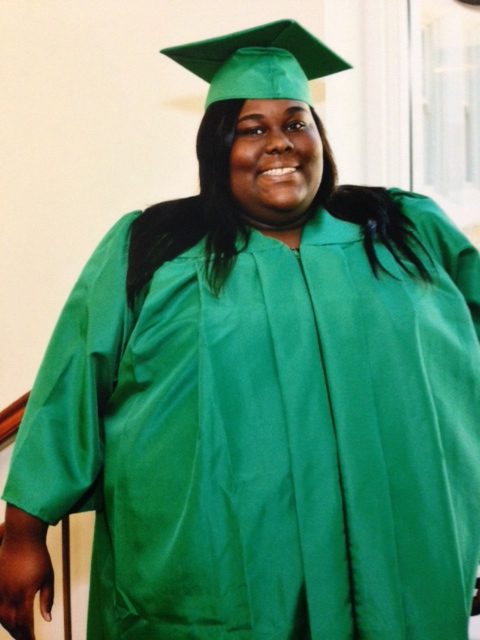 Living in poverty is something impossible to fully comprehend if you have not experienced it yourself. Extreme hardships for a student mount and it becomes a struggle just to cope. Treading water becomes hard to manage when you can barely hold your head above water.

Last year Stacey Weinstein, Myers Park's Communities In Schools Site coordinator, worked with Tiana, a senior.Her family struggled to manage the bills and obtain basic necessities, and Tiana was a victim of bullying. Yet Tiana never complained, and somehow she had an astonishing ability to cope under the multiple crisis situations she had faced her whole life.
.
Tiana beat all odds as she forced herself to put academics first. She refused to accept her daily reality and she took advantage of every opportunity put before her from her teachers, mentor and Communities In Schools. She worked hard at everything she did and found ways to get herself where she needed to be, including her SAT testing location.

This young lady took all that was stacked against her and spoke of her experiences as a testimony to every student she met who had an excuse to not give their best. Once she walked up to a podium in an auditorium filled with people who were already judging her by appearance alone, rather than content. She spoke from her heart in hopes of vying for scholarship dollars that could help her pay for a dream she has wanted her whole life. When the prize was awarded to another person she did not throw in the towel, but rather looked for other options in achieving her goal.

Today Tiana is finishing her first semester North Carolina A&T, where she studies early childhood education. The MPHS Foundation provided a new laptop for her studies. She remains committed to being all she can be, and she credits the Communities In Schools program with assisting her along the way. 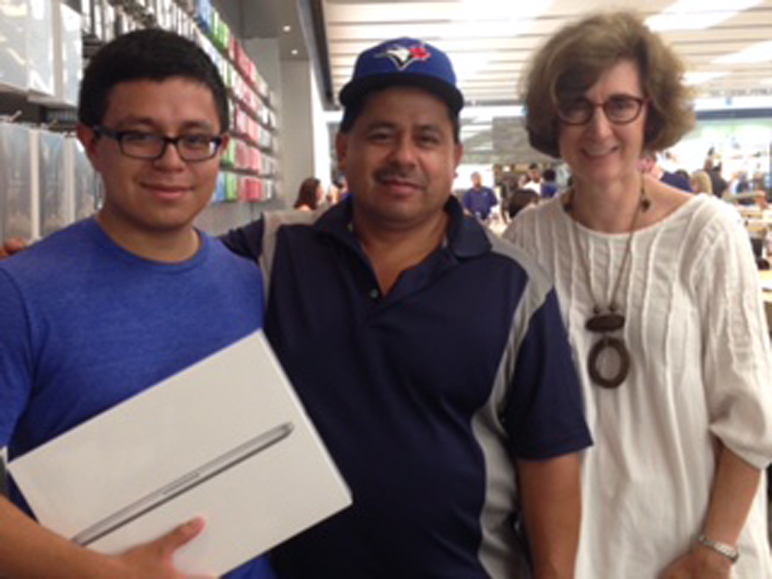 Meet Israel, (The Hal Beaver Award Winner) a dedicated MPHS senior who joined the Community In Schools Team to hold himself accountable.  Israel didn't want his life circumstances to derail his future.

Brought by his family to the US at 6 years old, Israel had to find his way in a new country including learning English and starting school. His father, the primary breadwinner and reason for their move, was later injured in an industrial accident and unable to work.
.
Now, Israel would face trying to stay in school and earn money to help his family. Determined and smart, Israel began taking mechanic classes at MPHS. His dream was to become a diesel mechanic. Since Israel was not a citizen, in order to work, he has to make money to pay the DACA permit every 3 years and then state/federal taxes.

When looking for college opportunities, Israel was not allowed to enter at resident prices; therefore, even CPCC became out of reach. When the Foundation found about Israel, a interested member moved forward and contacted a motorsports company. The company is ensuring that Israel is educated and will have a place to work. With tears in his eyes, Israel told us that although he wanted to believe, he was never sure his dream would really come true.

Meet Madison, a talented MPHS senior with a love of art and the chance of a lifetime to attend the prestigious Pratt University in New York City.

Unfortunately, life has been a struggle. Madison was born to a teenage mother who suffers from schizophrenia and has been unable to raise her. Stranded, Madison was taken in by her grandmother, but times have been very tough. They have needed assistance with heat during the cold winter months, as well as air in the heat of the summer. Through all this hardship, Madison has persevered, and her talent as an artist has continued to develop.
.
Being accepted to Pratt University to further her art education is truly a dream come true! However, this excellent opportunity comes with a hefty price tag. Pratt has offered her a generous scholarship, as they too see the talent and potential of Madison Licare. When the Foundation heard about Madison, the group reached out to the MPHS Community. Through two ART SHOWING's hosted by MPHS Parents, Madison was able to sell her art and gain donations to make her dream come true!

With no room of her own, no privacy, no money, no job, and no transportation...like her mother, she turned to drugs to escape. Classes suffered, teachers were frustrated, and friends turned away. Luckily, resources from The MPHS Foundation, CMS, and other services were pulled together strategically to help her make a turn-around. With that support, her attitude, goals, and drive blossomed, and she finished the year with A's, B's, and C's, a measurable improvement. Most encouragingly, she is on track to graduate in 2015.

She was a student, new to this country, living in a run down apartment, paid for by her working parents who both hold minimum wage jobs. Her cheerful spirit and readiness to learn helped her adapt quickly to the language and customs of this country, but she was charged with caring for her siblings and running the household after school while her parents worked. Despite the pressure of responsibilities at home, she received two scholarships and is now attending college in the area. The MPHS Foundation through its partnership with Communities In Schools guided and mentored this student so that her college dreams could be realized. She now has a new sense of optimism in her future and continues to bring pride to her family.

Donate To The Foundation

Contributions of all amounts that invest in this current generation of students through the MPHS Foundation are welcome and we hope you will participate at some level.

We are a registered 501(c)3 non-profit organization as determined by the IRS.
Click here to give